To be able to make a good decision on how hard to prune one needs to understand the basic functioning of a rose. The upper dormant eyes on a lightly pruned rose are further developed than those lower down the bush of hard pruned roses. Many eyes will start sprouting quickly.

The bush has a way of knowing that it is impossible for every sprouted eye to develop into a long flowering stem. Many of the new shoots will produce three to five leaves without a flowering bud developing in the tip. This is known as a blind shoot. To have so many green leaves so early in the season is a distinct advantage since these leaves are photosynthesizing, making sugars and carbohydrates and sending them down to the roots. This is a strong signal for the roots to get hyperactive forming more hair roots, which are able to absorb more water and nutrients pushing it upwards. The new shoots that sprouted at the highest points are still stretching compared to the blind shoots and are able to accept the extra water and nutrients to grow even stronger, eventually producing a large flower or cluster.

With more leaves and more roots formed, even more water is pumped into the bush creating a strong liquid pressure, which results in many of the completely dormant eyes at the base of the bush to sprout.  Such basal or water shoots will produce the best flowers and determine the actual height of the bush for the season. Much of the lightly pruned wood will deteriorate after the first flush once the basal shoots have actually overtaken them having the advantage of receiving the sap in the first instance whereas the sap has to flow through thinner “pipes” with many side stems to take from it. Next winter such inside wood is regarded as superfluous and pruned out.

Light pruning is applied whenever the roses were not performing satisfactorily during the past season, when immediate screening height is required and for roses that are planted in difficult, compacted, poorly aerated soil. Rose bushes inter planted with shrubs and herbs are competing for light and should be pruned lightly. The life span of lightly and medium harsh pruned roses is usually 20 to 40 years.

On hard pruned roses it takes a little longer for the very dormant eyes that are situated on the lower parts of the bush to swell and sprout. It will mostly only be 9 to 15 new shoots compared to a hundred sprouting eyes on a lightly pruned bush. Obviously, the fewer stems receive much more pressurized water and nutrients and develop into nice long stems with good flowers on them – provided the roots were able to function well in beds that were mulched over the past season, with more compost or the mulch dug in immediately after pruning, optimum watering and fertilising. Such rose bushes will flower at a fair height in accordance with its varietal characteristics and they have a neat and lush appearance. The lifespan of bush roses which are pruned back hard every year is mostly around 15 years, depending on the after care.

It is a good policy to carry out a light pruning in the odd in-between years just as much as carrying out a severe pruning occasionally on bushes, which are usually pruned lightly.

Tools for the job:

A saw is needed only when really old roses that had been pruned lightly for years and is to be cut down. A useful assistant is a strong measuring stick, which is clearly marked at 50cm, 70 cm and 90 cm height, allowing 10cm to go into the ground.

Irrespective of the severity of the final pruning, cut back the roses to about 90 cm, measuring from the ground.

With all the upper mess of superfluous stems and twigs removed it is clearer to find and select the best three to four basal stems that are to remain as framework. Cut out all the other stems on the inside that might have sprouted from the base and lower part in the bush.

For light pruning select several main stems that is 90 cm long even if it is a stem on stem. Select three to five side stems on each main branch that do not face inside, shorten these to between 10cm to 20cm.

When carrying out the final cuts there is no need to be concerned of positioning of the most upper eye nor that the actual cut is 90 degrees to the stem or slightly slanted and a measured 2 mm above an eye. To do so is regarded as cosmetics, but it is of no benefit to the rose.
Rose bushes that were planted less than a year ago are pruned severely; leaving 1 to 3 good stems about 40 cm long.
Floribunda roses planted to give a flowerbed effect need to be pruned hard, if they are expected to give a higher hedge like effect and when inter or under planted with herbs and perennials they a light pruning is carried out. The same criterion applies to ‘Iceberg’.

Miniature roses are pruned hard down to 10cm above the soil to create a bedding effect and kept as high as 50 cm to create or maintain specimen plants.

Standard roses should in all instances be pruned hard in order to create the wished for flowering crown on a stick. Pruning lightly results in a bare base.

Climbing roses need to be assessed as to the purpose they were planted for and pruned accordingly. If new strong canes have sprouted during the past growing year much if not or all of the older branches may be removed. On free-standing climbers 5 to 7 main branches may be selected and retained. Others are cut out.

For neatness and maximum flowering the canes are either spiralled around a pole and pillar and tied in place or spread out and fence wiring, walls, and over arches and pergolas. The more horizontal such branches are placed they more they will flower in October.

Ground cover roses are also best cut back with the horizontal spreading cane shortened to be between 30 and 50cm. For neatness the small side and inside growth may be cut out – no problem if they are left on.

It is not necessary to seal the cut wound on a rose. The only reason would be when the rose borer is very active in a garden.
It is also not essential to spray the rose bushes with a winter spray i.e. Lime Sulphur, Oleum or Ludwig’s Insect Spray, especially if the roses had and will be sprayed during the growing season.

After pruning it is good policy to check the aeration of the soil around the rose bushes and improve this by digging in a lot of coarse organic material such as the mulch that had been placed during summer, compost, milled pine bark or peanut shells. 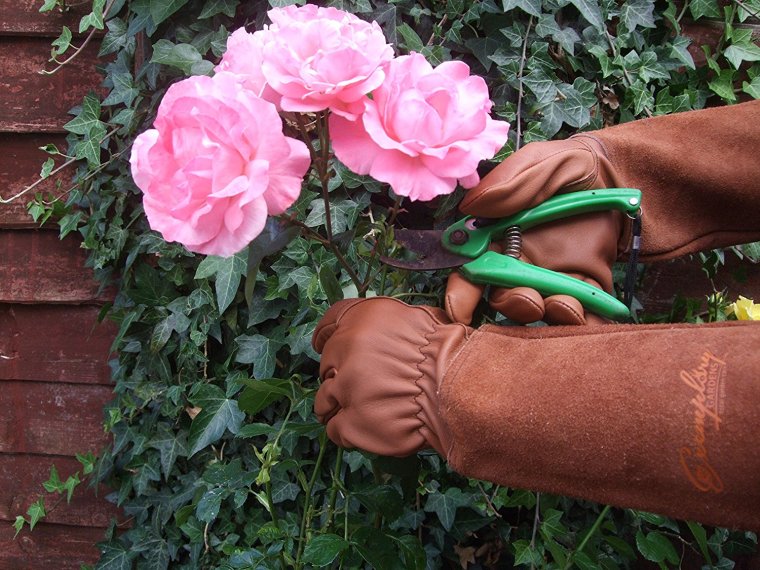 Once you have given thought to the above and made a decision you cannot go wrong.